Jim Power, Ed.D., Head of Schools at Culver Academies, has announced that Douglas Bird, Ed.D., has been named the director of the Culver Summer Schools & Camps. Bird will oversee the operation of the Upper Schools, Woodcraft Camp, and Junior Woodcraft Camp, including 1,400 campers, and 450 staff members.

Bird graduated from Culver Military Academy in 1990, where, as a member of Battery A, he rose through the ranks to become Artillery Battalion Commander, the same position held by his father, Roger ’69, and eventually Regimental Commander.

He and his wife, Cheryl Wilkins Bird CGA ’90, have three children, all of whom are attending Culver programs. 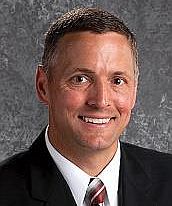 He is a 1994 graduate of the United States Naval Academy and served in the United States Marine Corps until 2001. Bird received his master’s degree in 2002, his specialist in education in 2010, and his doctorate in 2017 from Ball State University.

Founded in 1902, Culver Summer Schools & Camps is a naturally beautiful 1,800-acre setting where more than 1,400 young people from around the world, ages 7-17, develop positive self-esteem through accomplishment and self discipline. It is a high challenge-high support environment for learning leadership skills that improve personal conﬁdence.

Culver’s mission is to educate its students for leadership and responsible citizenship by developing and nurturing the whole individual through integrated programs that emphasize the cultivation of character.

Founded in 1894, the boys’ school, Culver Military Academy, is based upon a military-type system used to teach self-discipline, responsibility, and leadership. Culver Girls Academy, founded in 1971, is based upon the prefect system, with girls practicing democratic self-rule to achieve similar values.

In 2016-17, Culver Academies has an enrollment of 814 students representing 36 states, the District of Columbia, and 22 countries. Approximately 20 percent of the students are international, coming from such countries as Canada, China, Colombia, Ecuador, Guatemala, Korea, Mexico, Saudi Arabia, and Taiwan.