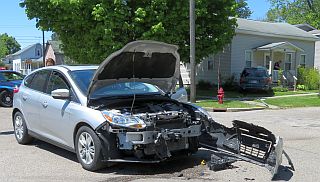 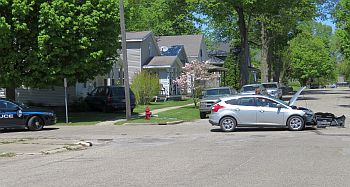 At 1:40 emergency responders were dispatched to Harrison and Center Streets where 86 year old Sara Lopez of Plymouth was northbound on Center Street in a 2001 Dodge Caravan and failed to yield the right of way to an east bound vehicle on Harrison Street. 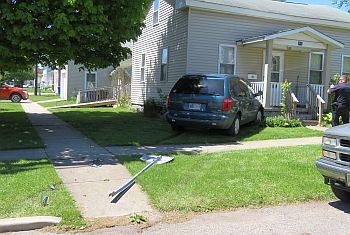 60 year old Jaqueline Wright of Plymouth who was headed east in a 2015 Ford Focus and struck the van causing it to leave the roadway and collide with a stop sign on the north west corner of the intersection and the residence at 901 North Center Street.

Mrs. Lopez was transported to the hospital by Plymouth EMS and both vehicles were towed from the scene.