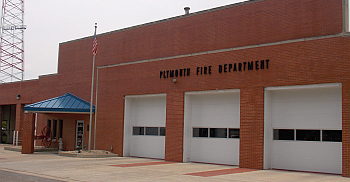 Fire Chief Rod Miller asked the Plymouth Board of Public Works and Safety to consider approving a different venture to fill vacancies for paramedic positions.

Monday night the chief said, “A few months back I told you I was losing another paramedic to the Mishawaka Fire Department.  That finally came. His last day was yesterday.”

After speaking to the Mayor, City Attorney and Human Resources the Fire Chief would like to try another venture, to hire a civilian paramedic position.

He told the board there were a couple of changes that will be needed prior to including a resolution allowing and an amendment to the salary ordinance.  Chief Miller said there are only a few differences between a civilian paramedic and a 1977 pension fund position is basically the age difference.  Currently he can only hire someone between the ages of 21 and 36.  A civilian paramedic would not be required to be within the age range.  They would also illuminate the rigorous medical and physiological examination along with the physical agility testing.

The civilian paramedic position would be on the regular PERF, public employment retirement fund, like every other city employee except police and fire.

The Plymouth Board of Works gave their approval to move forward to fill the vacancies.  The chief will advertise the open positions through the normal means.