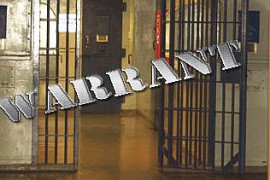 Last Wednesday, May 3rd Plymouth Police Officer Chad Beatty was called to Plum and Garro Streets for 57 year old Darwin Linderman who was apparently intoxicated and causing a disturbance at the Marshall County Neighborhood Center.

Linderman was taken into custody and transported to the Marshall County Jail because he had 5 warrants for his arrest out of Marshall County.  He was held with no bond.