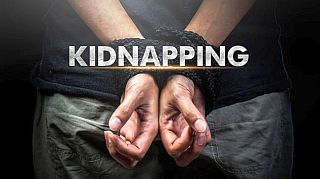 A Texas man was lodged in the Marshall County Jail Wednesday afternoon for Kidnapping and Contributing to the Delinquency of a Minor.

18 year old Jorge Evaristo Martinez-campos was extradited from Diboll, Texas after he was located March 31st driving an SUV with a 14 year old girl from Bremen with him.

Just after midnight on March 30th of this year Dayan Suarez went to the Bremen Police Department to report his 14 year old daughter had run away from their home on West Plymouth Street in Bremen about 8:30 that night.  It was suspected she was with a Hispanic male who had been at the home earlier in the evening.

Her Facebook showed she had been messaging a friend in Huston, Texas asking her to come and pick her up and the young man at the Bremen apartment was apparently friends with the girl in Texas.    He was threatened by the sister of the runaway, saying she would take his picture and call the police so he left the residence.  At that point the 14 year old grabbed a backpack and ran from the home.

The next morning Bremen Police were able to use surveillance footage from a gas station and confirmed that the two were together. At that point they entered information into the National Crime Information Center.

On March 31st at 11:00 a.m. the Bremen Police Department received a call from the Diboll Police Department that they had detained the pair.  He was held in Texas and she was reunited with her family back in Bremen.

Marshall County Prosecutor Nelson Chipman has charged 18 year old Jorge Martinez Campos with one count of Kidnapping a level 5 felony and one count of Contributing to the Delinquency of a Minor as a class A misdemeanor.  He is currently in the Marshall County Jail being held with No Bond.