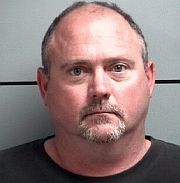 On Tuesday May 2nd, about 1:45 in the afternoon an officer from the Marshall County Police Department was called assist at the scene of a traffic stop on U.S. 30 at Oak Road.

Arriving at the scene, Officer Nick Laffoon found that an off duty officer had performed a traffic stop on a vehicle that was driving erratically in this area.

The driver of the vehicle was 45 year old Charles W. Dekoker of Knox. Probable cause was obtained that he had operated a vehicle while intoxicated. He was transported to the Marshall County Jail where a certified breath test confirmed the officer’s suspicion.  Dekoker was lodged at the Marshall County Jail for Operating While Intoxicated Endangering a Person and held on a $1,500 cash bond.