Marion Man Arrested for Possession of Marijuana at Traffic Stop 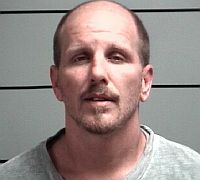 A traffic stop on US 31 near 12th Road Friday night landed a Marion man behind bars.

Just after 9 p.m. an officer with the Marshall County Police Department stopped a vehicle on US 31.  The driver, 39 year old Nicholas Blackburn was found to be in possession of a controlled substance.

He was arrested and lodged in the Marshall County Jail for Possession of Marijuana and held on a $500 cash bond.  His bond was paid on Saturday afternoon just before 2 and he was released with a May 30th court date in Marshall Superior Court II.