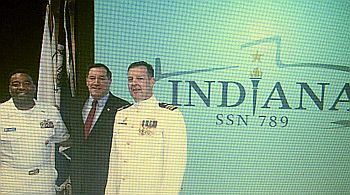 Donnelly, a member of the U.S. Senate Armed Services Committee, said, “It was an incredible honor to participate in the christening of the latest in a proud line of Navy vessels bearing the name Indiana. The USS Indiana’s motto – “Silent Victors” – also reflects the spirit of her namesake: a state of humble but fierce patriots. Where every day, tens of thousands of Hoosiers go to work in jobs that protect our nation, serving their country far away from the spotlight.” 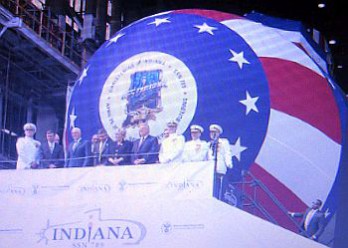 According to Huntington Ingalls, which is building the submarine in coordination with General Dynamics Electric Boat, this will be the third U.S. Navy ship to be christened with the name Indiana. Indiana will have the capability to attack targets ashore with highly accurate Tomahawk cruise missiles and conduct covert long-term surveillance of land areas, littoral waters or other sea-based forces. Other missions include anti-submarine and anti-ship warfare; mine delivery and minefield mapping; and special forces delivery and support. Once complete, Indiana will be 377 feet long with the ability operate at more than 25 knots while submerged.