Donnelly: North Korea Must Be a Top National Security Priority 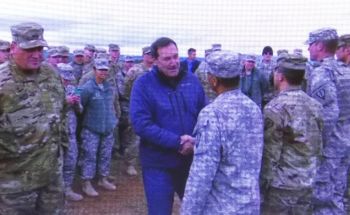 Donnelly said, “Addressing the threat North Korea’s nuclear weapons and ballistic missiles pose to the United States and our allies needs to be a top national security priority for the President and Congress. As the Ranking Member of the Strategic Forces Subcommittee, I have been to the DMZ and met with Hoosiers stationed there. I will continue to work with my colleagues on a bipartisan basis to increase sanctions against North Korea and those who enable them and ensure our military has the resources it needs to protect our homeland and our troops.”

According to the Department of Defense, as of 2016, approximately 54,000 U.S. military personnel are stationed in Japan and another 28,500 are stationed in South Korea. Donnelly visited South Korea in July 2015 where he met with Hoosier servicemembers stationed in the country and got a firsthand look at the DMZ and the threat posed by North Korea.