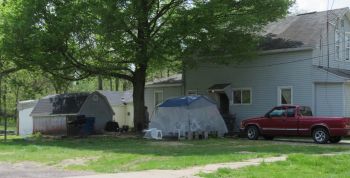 Monday evening the Plymouth Common Council heard the request of Jerry Haeck of LaPaz to waive the cleanup bill for his properties at 326 and 328 Pennsylvania Avenue in Plymouth.

Mr. Heack told the council he’s had an issue with one of his tenants and when he passed away last year he brought in a dumpster and cleaned up the property.  At that time Heack said he did get a notice from the city about cleaning up the property and he and his new tenant worked to continue with the cleanup process. 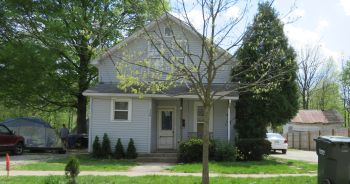 Haeck alleges that the city pulled onto his property in mid August 2016 and picked up some of his tenants items that were in the backyard but didn’t take and trash or debris.  Since that August date Haeck has been receiving a bill from the city for $396.46.

Police Chief Bacon said Code Enforcement has sent a total of 5 notices since May 2015 for the properties.  In May of 2015 the notice was for vehicles and debris in the yard.  In June the notice was for the same problem as was the May 2016 notice.  On August 8, 2016 the notice said the city would clean up the property if the owner didn’t.  With the city doing the cleanup mid Augusts the police chief said, “Assistant Chief Mark Owen was there when the city came to do the cleanup.  The tenants actually came outside when they were there and went through what needed to go and what property stayed.” 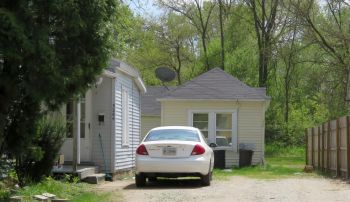 Councilman Gary Cook said, “I fully support putting a tax lien on because this is ridicules.  That should not have been that way.  For that to be in our community, and you don’t even live in our community and have tenants that irresponsible you should have said as the landlord you need to get this cleaned up.”

City Clerk Treasurer Jeannie Xaver said the city paid $221.46 to have the trash hauled away.

The delinquent billing was placed as a lien on the property in the amount of $446.46.

Haeck said he never communicated with the city or code enforcement on any of the five notices.

Councilman Don Ecker said he supports the decision of Lisa Plant the code enforcement officer and motioned to deny the request as presented.  The City Council unanimously denied Haeck’s request.