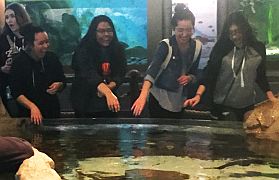 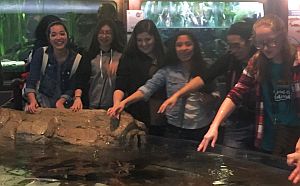 “We watched the dolphin show and visited all of the exhibits. Students were able to touch a starfish and a couple other animals, which was pretty cool! On the way home, we stopped at Albanese Candy Factory in Merrillville and ate dinner at Steak ‘n Shake in Valparaiso.” 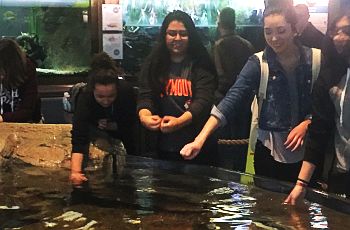 McClellan said.   She continued, “We all had a great time and learned a lot about marine animals and ecosystems.”
McClellan teaches science at Plymouth High School. She said not only did students get a lesson in science on the field trip, but they got one in math as well. “They learned about budgeting their money for the entire day,” she said.