City Park Board Gets Analysis of Historic Foot Bridge 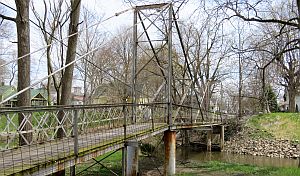 The inspection of the historic foot bridge over the Yellow River was recently completed by the Troyer Group and their recommendations were made known at the April Plymouth Park Board meeting. 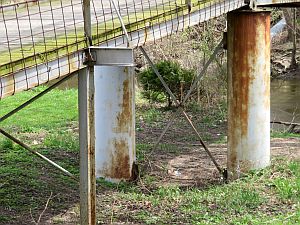 The preliminary analysis shows that the bridge over the Yellow River in River Park Square is capable of carry the appropriate design loads, however there are several members that need to be replaced, strengthened or retrofitted due to corrosion or other damage. 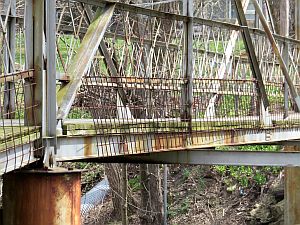 Mike Reese from the Troyer Group pointed out a number of issues and made the following recommendations: replace the existing wood deck, clean and paint the structure, retrofit the existing railings, strengthen welded splices and replace and repair the existing lateral bracing.  The Troyer Group also recommended a couple of engineering inspections prior to taking action. 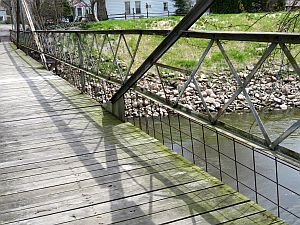 Their estimate for the proposed work would be between $200,000 and $300,000 although painting costs could increase significantly is the current paint is lead based.