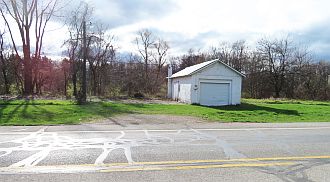 The City of Plymouth will see a new local fruit stand in town with the approval of a Variance of Use by the Board of Zoning Appeals this week.

On Tuesday evening Curt Anders from 1908 Felix Place spoke to the board via cell phone with a produce friend, Oran Miller attending the meeting.

The pair would like to open a fruit stand on Oak Drive, just south of the new Dollar General Store.  The property is owned by Marcia Cain and has a small block garage building on it along with a large concrete pad that could be used for parking.  There is also a driveway cut in place for the property.

During Tuesday’s meeting the pair said they would be open 6 to 10 weeks during the summer month of June, July and possible some of August.  While black berries are their main produce, they hope of sell corn and beans along with strawberries.

Members of the BZA had some concern with patrons wanting to park on the edge of the road and Anders said he would place NO PARKING signs and encourage customers to pull into the property.

Anders said he plans to improve the electrical at the building to allow for refrigeration and would paint it.  His plan is to have the produce on push carts that would be pushed out during the open hours and then placed in the garage structure when they are closed.

Judy Casbon who is a neighbor to the property said, “It gives the neighbors and people in the apartments another place to go for food.”