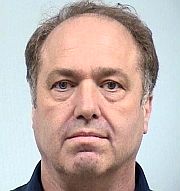 The trial of Kosciusko County Sheriff, C.  Aaron Rovenstine, 57, ended abruptly on Wednesday morning, after Rovenstine change his plea to guilty on the count in intimidation. The plea agreement then entered by Rovenstine and his attorneys show the additional nine counts would be dismissed.

Special Prosecutors in the case are Marshall County Chief Deputy Tami Napier, and Deputy, Matthew Sarber, agreed with the plea agreement. Sentencing was scheduled by Special Judge Stephen Bowers for May 23, 2017.

During the court proceedings, Judge Bowers said the Level 6 felony carries a six months to two and one half years of incarceration with one year being the advisory time. Bowers sent on the say that the charge could be treated as a Class A misdemeanor that carries and sentence of one year plus a monetary fine. However, he said that the minimum sentencing could be court costs only.

If the plea agreement would not be accepted by the courts, Rovenstine could change his guilty plea back to a not guilty plea.

Until the conviction has been made, Rovenstine remains as the sheriff.

Speaking briefly to the media following the court proceedings on Wednesday, Napier said, “The state was prepared to go to trial today.” Sarber said, “I think reason has won out in this case.”

On Monday, 75 potential jurors were summoned to the court. Fifty-two were questioned during the eight hour session by the defense and prosecutors before 12 jurors and three alternated were named. On Wednesday, Judge Bowers dismissed the jurors thanking them for their sacrifices. Bowers said they would not have to serve on a state jury for the next two years.

Several supporters for Rovenstine were present in the courtroom including family members and friends. Family, friends and a number of his fellow sheriff department co-workers attended a candlelight service on Sunday night to show their support.