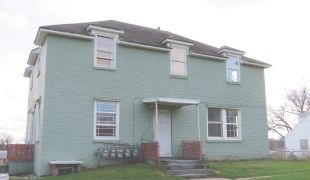 After a lengthy discussion the Plymouth Board of Zoning Appeals approved a variance for Paul Oviedo to allow 4 apartments at 1220 Lincolnway East.

Oviedo recently purchased the property and found that R-3 Traditional Residential District only permits 2 units.  While the previous landlord had five apartments, one was in the basement.  Oviedo said he only wants the four upper units.

Several people spoke against the variance request including neighbor Cindy Hazen.  After living across the street from the apartments for 12 year she said there have been drug issues, fights, yelling and even a child molester living there.  She also noted that the police have been to the property every week for situations.  Cindy also had concern that the building is not up to code. 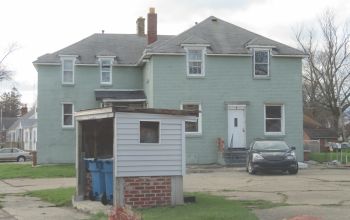 Randy Hazen said the previous tenants seemed to have a “no care” attitude and he questioned the sewer system and asked where the children living in the complex are to play.

Another neighbor, Keith Hammonds who is the Plymouth Building Inspector said he’s against the variance.  Hammonds told the BZA he’s been in the building and it’s not up to code.  He also said the back parking lot is not permitted. 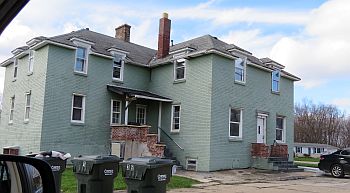 Ken Lukenbill said he frequently walks the neighborhood and found the snow not removed from the sidewalks this past winter.    He also had concern of the small structure on the east end of the property that holds 3 trash toters.  He wondered how the additional trash container would be handled along with the required 8 off-street parking spaces for the 4 units.

A letter signed by three additional neighbors was against the variance noting “it’s a poor choice for a multi-family apartment.”

BZA board president Mark Gidley noted that the property was a travel lodge back in the 1900’s. 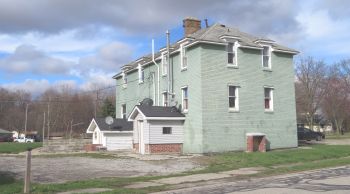 The Board of Zoning Appeals unanimously approved the variance to permit 4 apartments with the stipulation they be in compliance with city code along with the required permit for additional parking at the back of the building.