Donnelly to Vote Against Nominee for EPA Administrator, Scott Pruitt 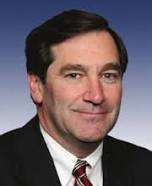 Washington, D.C. – U.S. Senator Joe Donnelly announced today (2/13/17) he will vote against the nomination of Scott Pruitt for EPA Administrator.

Donnelly said, “I appreciate Scott Pruitt’s desire to improve EPA’s working relationship with state partners and other stakeholders as it engages in its mission to protect our environment – that’s an issue I’ve been focused on for years. I, however, cannot support an EPA nominee who has sued the EPA to stop the sale of E15 and praised the erosion of a policy designed to strengthen our energy security and promote Hoosier-grown biofuels.

“If confirmed, I look forward to working with Scott Pruitt to develop a better and more collaborative approach to regulation by the EPA. We have important work to do, including cleaning up environmental dangers in our communities, like those in East Chicago; ensuring the safety of drinking water systems; developing a better WOTUS rule; and finding a workable solution to address climate change.”

Among Donnelly’s concerns with Pruitt is his record on the Renewable Fuel Standard (RFS.) When Donnelly hosted the then-EPA administrator Gina McCarthy in Whiteland Indiana, the morning after the EPA had proposed drastic cuts to the RFS, farmers present expressed significant objections to EPA’s proposal. These Hoosiers pointed out to McCarthy that the agency’s decision had eliminated market opportunities for their products and meant that we were putting our energy security at risk by importing more foreign oil instead of growing our fuel on Hoosier farms. A few days later, Pruitt called those RFS cuts “good news” and highlighted his earlier efforts suing the EPA in an attempt to block the regulatory approval of E15.