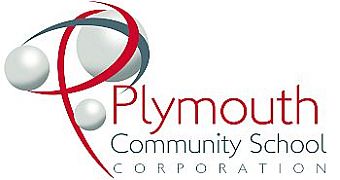 The Plymouth School Board heard reports on the 2015-2016 ISTEP testing from the elementary and intermediate schools principals at the February School Board meeting.

Menominee Principal Steven Boyer explained how the scores from the testing are used to determine the individual schools grades on an A-F scale. Boyer said the state uses the “raw” scores achieved by students along with adding extra points for “growth”. Growth is determined from year-to-year improvement.

All five principals said they are working on taking steps to improve students’ behavior to limit disruptions in the classroom.  Although each school is using different motivation awards, all five are encouraging attendance.

Boyer said administrators are setting guidelines in an effort to help teachers collaborate. Boyer said, “As an admin team, we have made it sort of the primary focus of our development and have been working together in order to really make sure that the collaboration process that we are engaging our teachers in is very deliberate and very intentional.”

The 2014-2015 testing used paper and pencil tests as opposed to computers. Computer difficulties in previous years statewide had led to a number of problems. Board Vice-President Larry Holloway asked what students preferred to use for testing. Riverside Principal Jeni Hirsch said most prefer to use the computers. It was noted that teachers had to show some students how to fill in the answer “bubble” on the paper answer sheets since students had only used the computer version in previous years.

One parent in attendance prepared a statement explain why she is not going to have her two children take the ISTEP test. Kendra Hundt said, “ I have made the important decision to opt my children out of ISTEP testing this spring. I understand the consequences and repercussions and offer an apology for the inconvenience to my elementary school.” She added, “Their teachers have worked hard to prepare them for yet another test and I respect and appreciate what they have accomplished. But I am not sorry for doing what is right for my children and I will not apologize for doing better because I know better.”

She ended her comments saying, “I would appreciate the Board’s reflection on the current testing situation in the State of Indiana and the lack of legislative progress in the General Assembly.”