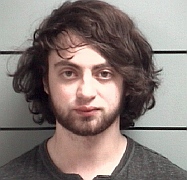 On Friday February 3, at approximately 9:00 p.m. an officer with the Marshall County Police Department initiated a traffic stop on Michigan St. near Jackson Street in Plymouth.

Waldron was held in the Marshall County Jail on a $1,500 cash bond.