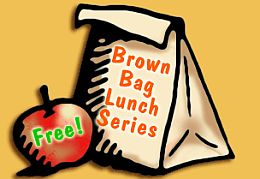 The Marshall County Museum has announced the line-up for the 2017 Brown Bag Lunch Series.

Monthly guest speakers from March through October will speak on Friday’s from 12 to 1 at the museum located at 123 North Michigan Street in downtown Plymouth.

The Brown Bag Lunch Series kicks off on March 10th the Jeff Kenny who will speak about the Culver Academies’ Black Horse Troop at the Presidential Inaugural.  On April 21st, local historian, Kurt Garner’s talk will be “Good Bones: The Anatomy of a House.”

In May David Enyart will uncover the charm of Indiana Courthouses on May 12th and the Marshall County Melody Makers will sign a variety of nostalgic vocals by many of their local members on June 9th.

Ron Zimmerman from Ron Zimmerman Photography will be the featured speaker on July 14th.  Ron’s talk will be “The Road Less Traveled” and on August 11th Greg Champion will take you back to WWII with his talk “Government Issued: What the Average GI used in WWII.”

Rounding out the Brown Bag Lunch Series will be Kurt Garner and R. T. Henke with “Shiver Me Timbers, An Historic Barn Revival” on September 8th and Jeff Kenny on October 13th with “Haunted Marshall County.”

The one hour Brown Bag Lunch events are FREE and open to the public.  Bring a sack lunch and enjoy the speakers during the 2017 series.