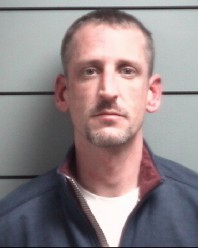 Police Dept initiated a traffic stop on a vehicle on US 31 near 12th Rd. During the

course of the stop it was determined that the driver, Ryan Howard, 38, of Monticello was impaired. He was

later lodged into the Marshall Co. Jail for Operating a Vehicle While Intoxicated

Endangering a Person, Operating a Vehicle While Intoxicated Controlled Substance,

Marijuana, and Possession of Paraphernalia.