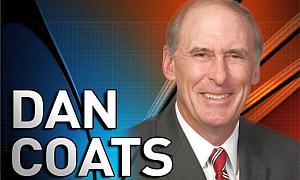 “No one is more dedicated to the safety and security of the American people than Senator Dan Coats. He is a strong addition to President-elect Trump’s national security team, and I am confident my fellow Hoosier will be an excellent leader of our intelligence services as they work to protect our nation from threats around the world.”

Donnelly said, “Dan has served Indiana and our country with honor and distinction for more than 35 years, including as a Congressman, Senator, and Ambassador. I am encouraged by reports of Dan’s nomination because he is clear-eyed about the intelligence threats we face, including from Vladimir Putin and Russia. I have full faith in Dan’s ability to lead our nation’s intelligence community and to provide critical counsel to the next Commander in Chief.”