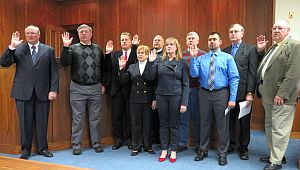 Thursday morning Marshall Superior Court I Judge Rob Bowen presented the oath of office to many newly elected officials that will take office January 1st 2017.  The ceremony was held in the extra court room in the Court House. 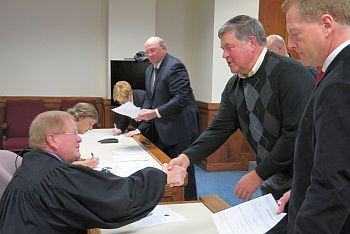 Bowen said, “I consider it a privilege to give this oath of office to each of you.” 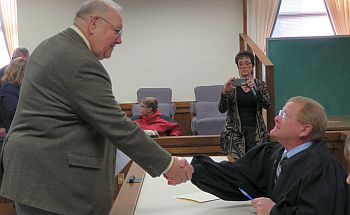