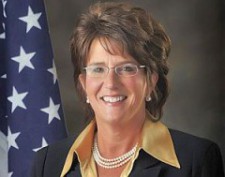 “Secretary Kerry’s comments today, coming on the heels of the Obama administration’s abstention on the U.N. Security Council’s disgraceful anti-Israel resolution, represent yet another blow to Israel in the final days of the Obama presidency. These comments show why we need new leadership in the White House, and I look forward to working with President-elect Trump to provide real, substantive support to our good friend and ally Israel.”