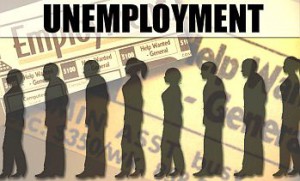 Indiana’s unemployment rate decreased by two-tenths of a percent to 4.2 percent in November, which marks its lowest point since 2001. The unemployment rate is a U.S. Bureau of Labor Statistics (BLS) indicator that reflects the number of unemployed people as a percentage of the labor force. Indiana’s total labor force stands at over 3.3 million and the state’s 64.7 percent labor force participation rate stands two percent above the national rate.

Looking at the counties that surround Marshall County you will find LaPorte County currently 5th on the list of 92 counties with a rate of 5.1 a slight increase from the October rate of 4.9.

Starke County moved from 18th on the list of counties to 13th with a November rate of 4.7 an increase of unemployment from the October rate of 4.4.

St. Joseph County is ranked 27th with a November rate of 4.1, down slightly from 4.2 in October.

Fulton County has a November unemployment rate of 4.1 and sits at 32nd.  Their October rate was also 4.1.

Elkhart County had the best rate for October in the area with 3.2 ranging them 79th on the list. Their November rate is 3.3 ranking them 76th on the list.

Kosciusko County ended up 70th on the list of counties with a rate of 3.4, a slight increase from the 3.3 in October and the 3.6 in September.

“Indiana’s unemployment rate continues to drop while private sector employment continues to grow, which are positive signs for Hoosier workers and jobseekers,” said Steven J. Braun, Commissioner of the Indiana Department of Workforce Development (DWD). “In order for Indiana to remain one of the most appealing states for business in the nation, it is critical that DWD engages and trains potential workers not actively participating in Indiana’s workforce in order to meet employers’ current and future demand for skilled workers.”

Commissioner Braun also noted that private sector employment increased 13,300 over the month and 36,500 over the year. He added that initial unemployment insurance claims remain at the lowest point in over 30 years