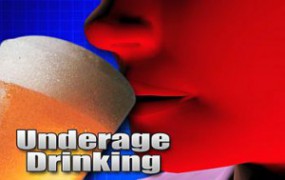 Thursday night about 8:15 city officers were dispatched to 1019 Nutmeg Road for a disturbance between an intoxicated male and his stop-father.

Plymouth Police arrived on scene and during the investigation discovered that 18 year old Edgar Herrera was consuming alcohol.  Herrera was transported to the Marshall County Jail and charged with Minor Consumption.