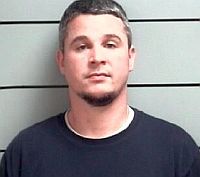 37 year old Travis Spoor who was booked into the Marshall County Jail on October 27, 2016 had a Fort Wayne address at that time.   The booking in Marshall County was for two counts of Malicious Mischief as level 6 felonies.   Spoor was booked in about 12:50 and released the same day at 2:04 p.m. after posting the $5,000 cash bond.

It is alleged that Spoor knowingly or intentionally passed human bodily fluid into two Marshall County females while having unprotected sex with them and knowing that he was HIV positive.

The probable cause affidavit indicates a Bourbon woman had been in a casual relationship with Spoor in 2013.  Their last sexual encounter was in February 2016.  The female claims the he never advised her during the relationship that he was HIV positive.

The second Marshall County female told Indiana State Police she had met Travis Spoor while working at Krogers.  They had a sexual relationship from June 25, 2015 to July 2015 and were together again in September of 2015.  This female told investigators that he never told her he was HIV positive.

The P.C. states that Travis Spoor knew he had HIV since 2012.

Spoor had charges filed in Kosciusko County in February of this year and has also been charged in Allen County on the same charges.