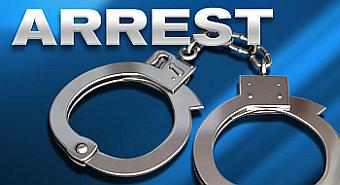 A personal injury crash Sunday afternoon about 1 ended with a Walkerton man being arrested.

Deputy Les McFarland with the Marshall County Sheriff’s Department responded to a 911 call of an accident in the area of US 6 and Sycamore Road that involved a personal injury.

Officers on the scene learned that the accident was the result of a road-rage incident.

The incident occurred when Ms. Verhaeghe was exiting her driveway and pulled into the path of Miller.   Verhaeghe became upset and it was alleged that the drivers were yelling and making obscene gestures toward each other.  Verhaeghe then passed the pickup and once in front allegedly “break checked” causing the accident.

Officers at the scene believed Verhaeghe was under the influence and transported her to St. Joseph Regional Medical Center in Plymouth for a chemical test.  Receiving test results, she was arrested for Operating While Intoxicated and booked into the Marshall County Jail on a $1,500 cash bond.  During the booking process Verhaeghe was found with a substance believed to be synthetic marijuana resulting in an additional charge of Possession.

A front seat passenger in Miller’s truck was transported for treatment while two children, ages 8 and 15 were treated at the scene.

A case report will be forwarded to the Marshall County Prosecutor for review and formal charges.