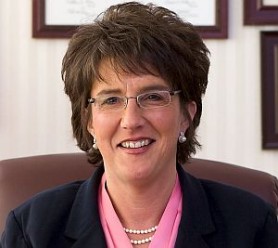 WASHINGTON – U.S. Rep. Jackie Walorski (IN-02), a member of the House Armed Services Committee, Friday released the following statement after voting for the National Defense Authorization Act (NDAA) for Fiscal Year 2017, which passed the House by a vote of 375 to 34:

“Keeping the American people safe means giving our military the tools and resources needed to confront any threat and defeat any enemy. This bill puts our servicemembers first and provides critical support for their success on and off the battlefield.

“The U.S. military is the greatest fighting force in the world because of the brave men and women in uniform. With this bill, our troops will get the support they deserve, including their biggest pay raise in years, health care improvements, and more resources for their families here at home.

“The Obama administration’s misguided drawdown has weakened the military, and this bill will rebuild our forces and close the readiness gap. Investments in maintenance and development of equipment will ensure our military can respond to evolving threats. And my provision to boost electronic warfare innovation will help get new technologies into the field faster so our troops have the best tools at their disposal.

“The terrorist detainees at Guantanamo Bay are the worst of the worst, and they don’t belong on U.S. soil. This bill continues existing prohibitions on transferring terrorists to the U.S. or closing Gitmo and adds new safeguards I authored to prevent released detainees from returning to the fight.

“With increasing threats around the world, this bill will strengthen our military and help our next commander-in-chief implement a comprehensive strategy to destroy ISIS. The Senate should pass this critical bill and the president should sign it so we can keep our nation safe and secure.”

The final Conference Report to accompany S. 2943, the National Defense Authorization Act for Fiscal Year 2017, which was negotiated by bipartisan members of the House and Senate, is expected to reach the president’s desk in the coming days. The legislation: