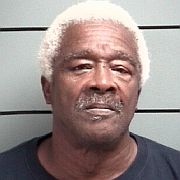 On Friday, December 2nd, at approximately 2:25 in the morning a traffic stop was conducted on a Dodge Caliber in the area of US 30 and Gumwood Road.

The driver, 65 year old Leon Burnett of Warsaw, was found to be operating a vehicle without receiving a license and driving while suspended with a prior conviction. He was taken to the Marshall County Jail.

While at the jail, Mr. Burnett was found to be in possession of cocaine.  He was booked into the Marshall County Jail for Possession of Cocaine, Operating a Vehicle Without Every Receiving a License and Driving While Suspended with a Prior Charge.  His cash bond was set at $1,500.