Knox Man Arrested for Failure to Stop after Collision & OWI 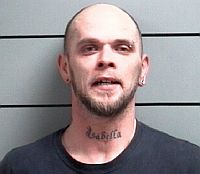 On Wednesday, November 30th, at approximately 11:50 P.M. the Marshall County Central Dispatch received a 911 call in reference to a collision on State Road 17 east of Quince Road.

Arriving at the scene county officers discovered evidence that a vehicle had driven off the south side of State Road 17 and struck a fence and a utility pole.

During the investigation probable cause was found that the offender was also intoxicated. Mr. Muffley later failed a certified chemical test and was lodged at the Marshall County Jail for Failure to Stop after a Collision and Operating While Intoxicated.