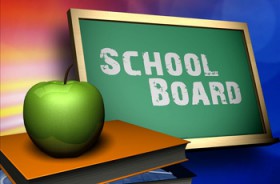 The Plymouth Community School Corporation Board of Trustees is seeking someone to fill the School Board term for District III due to the lack of candidates in the November election. According to Statute, the vacancy must be filled and duties assumed at the January 2017 meeting.

The specific criteria to nominate oneself includes: living inside the city limits for at least the last year.

The nominee must write a letter to the Board identifying why they would like to be chosen to fulfill the term and be available to be interviewed by the Board on December 13, with interviews starting at 6:00 pm.

The nominee must be at the January 3, 2017 board meeting starting at 7:00 pm when the Board will vote in open session.  The nominee receiving the most votes will take their seat that evening, be sworn in, and be eligible to take part in the Board meeting.

The nominee must be willing to commit to a four-year term.

Letters of Interest should be sent to: Todd Samuelson and Daniel Tyree 611 Berkley St Plymouth, IN 46563