Knox Man Found Driving After Being Adjudged at HTA 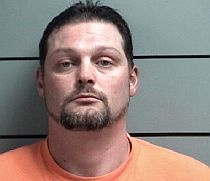 Officer Les McFarland with the Marshall County Sheriff’s Department arrested a Knox man after determining he had been judged a Habitual Traffic Violator.

Saturday evening, November 26, at approximately 8:00 p.m., Officer McFarland conducted a traffic stop on a gray Ford Ranger in the area of State Road 17 and State Road 10, near Culver. During the traffic stop it was found that the driver, 37 year old Jeremy J. Lowe of Knox was a Habitual Traffic Violator.

Mr. Lowe was arrested, transported and booked into the Marshall County Jail with a cash bond of $1,500.