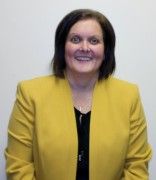 In front of nearly 100 citizens the Argos Community School Board accepted the resignation of Superintendent/Elementary Principal, Michele Riise.

During the Patrons Comment portion of the meeting, prior to the board’s acceptance of her resignation more than a dozen people spoke.

Chris Johnson, the first to comment said, “For someone who has kids in this school system, I really looked at your appointment as a positive thing for our school.  This is a bad thing (resignation).  This is a setback for Argos and you’re going to be missed.”

Mark Umbaugh said he didn’t know who was right or who was wrong.  He questioned the school board saying, “If there was a problem, was there ever a plan of action to help correct the problem with definable points.”

George Null said, “She had moved forward with the school working with the town and park.  She’s a very positive person.  She did come in and make some changes.  She shook the bush and upset people, and that happens everywhere.”

Susan Umbaugh, a member of the Argos Town Board said, “Michele and I have worked together for the school and town to come together and really moved things forward within the community.”  She commented on the negative fractions in the community saying it’s “embarrassing.”

Jon VanDerWeele said, “This is the first time since my kids were in school that I felt this school finally had a vision.”  He questioned what’s next saying “an interim superintendent won’t work for his child.”

A staff member said working with Michele said “It’s been about the kids.”  She challenged the school board to keep the new vocational opportunities in place that Riise brought in.

Jennifer Stults, a 25 year teacher said, “I’ve see good, and boy I’ve seen a lot of bad.  Our kids deserve better than whatever is going on in this town.  It’s not just the school, it’s this community where everyone has got to get along and everyone has got to be here for the kids.”  She said it’s getting old and her 4th grade students are talking about it and she is embarrassed and sick about the whole thing.

Prior to presenting the personnel changes during the meeting Mrs. Riise said, “I ask the board to approve the following personnel changes as presented.  Prior to doing so, I want to state my appreciation to the board for allowing me to lead Argos Schools two years ago.   Most importantly, I want to thank the parents, staff, and students at Argos Schools!  Continue to do what is best and right for our students and help all students achieve their goals! In regards to my resignation, I am taking this opportunity to further my career.”