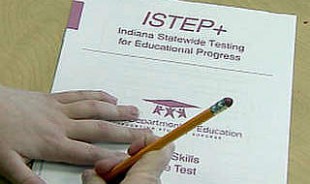 The Indiana Department of Education made the results of the 2016 ISTEP public on Thursday. This was the second year of the new state assessment for grades 3-8 that are based on more rigorous standards than in previous years.

Included in a IDOE press release was the following:” As a result of the transition to new standards and assessment, a new baseline was established for ISTEP+ in 2015. As has been seen across the country, multiple years are required for educators and students to fully transition to more rigorous stands and assessments.”

The grade 10 tests were also more rigorous and based on college and career ready standards,

Following numerous problems with the company administering the test in previous years, a new vendor was chosen in 2016.

Superintendent of Public Instruction, Glenda Ritz commented on this year’s results saying, “ Transitions are never easy, but I want to applaud the students, educators and families across the state who have worked tirelessly to shift to more rigorous college and career ready standards over the past two years.” “However, it is important to remember that our students, schools, and teachers are more than just a test score.” Ritz said.