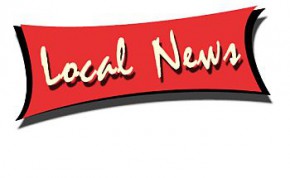 Members of the Plymouth Redevelopment Commission were updated on the Aqua Center and Field House project by Chad Barden this week.

The project continues to move forward and soil borings are scheduled on both pieces of property.

Barden said they are waiting on two key elements, the hard and fast estimates of costs on the project, which could take an additional 2 to 3 months and the New Market Tax Credit Dollars.  He said an attorney with a strong success rate on these funding options from Indianapolis has been retained by Rick Miller.  The application process for the New Market Tax Credits could take as long as 6 months.

Barden said the lease agreements from the two anchor tenants, the Plymouth Community School Corporation and Ancilla College will cover the operational costs but they won’t want to enter into the agreement until the facility is nearly complete.  He estimated the pool project to be ready for the 2017-2018 school year.

Steve Carter from Carter Dillon Umbaugh discussed the financing options and said “If we need to go the route of bond financing it usually takes about 60 days.”

Carter also wants Redevelopment Commission members to prioritize the projects in TIF #3 making it easier to map out the cash flow for funding the various project and determining how soon some of the project may move into action.

It was noted that this year, to date $378,000 has been collected in TIF #3 with anticipation of an additional $400,000 being collected in December.