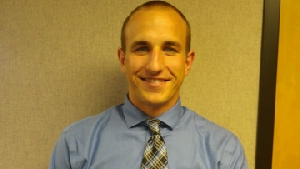 The Plymouth School Board approved the appointment of Ryan Welch as assistant principal at Riverside Intermediate School. The approval as finalized during the Board meeting on May 3.

Currently, Amy Gerard has been serving as the assistant principal. She transferred to Riverside after Jeff Brooke resigned mid-year to accept another position.

He assisted in Riverside’s Self-Assessment for the 2015-2016 School Improvement Plan. From October, 2014 to May 2016 , Welch has helped the 5th grade English/Language team to create flight plans and curriculum maps that analyzed standards from the IDOE (Indiana Department of Education)