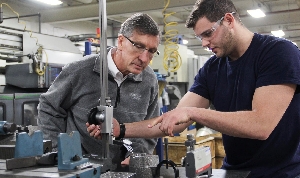 The Indiana Manufacturers Association (IMA) and its political Action committee (IMPAC) are pleased to announce, by a unanimous vote, the  endorsed of  Jack Jordan for the Republican nomination in the May 3rd Primary Election for the District 17 Indiana House of Representatives seat.

The Indiana Manufactures Association said, “We have examined the candidates in the primary election and find Jack Jordan’s record of supporting manufacturers makes him the superior candidate who will best advance the interests of manufacturing in Indiana–the most manufacturing intensive state in America.”  They noted that more of the state’s economy and jobs are produced by manufacturing than any other industry.