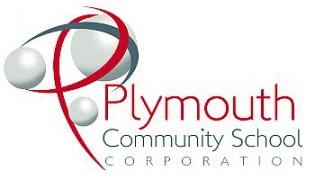 Cooperative agreements between colleges and the Plymouth High School may be one of the major factors in more students pursuing high education.

PHS Guidance Counselor, John Fishback, and PHS Principal, Jim Condon, compared the graduating classes of 2014 and those in 2015 in a report to the school board on April 12. Fishback said the top choice of students in both years was Indiana University South Bend for a four-year program and Ivy Tech for a two-year course of study. Both colleges offer duo-credit courses.

Students choosing vocational/technical programs and the military remained about the same.

The number of students choosing not to pursue post high school studies decreased from 85 in 2014 to 63 in 2015.

Condon also presented a report of how PHS students faired on the ACT test. Condon said they thought the number of students signing up for the test would increase after PHS became a testing site last year, but the number decreased by some 20 percent. According to Condon, PHS students performed relatively the same in 2014 and 2015. Board member Larry Pinkerton confirmed that PHS allows all students to take the test. He went on the say that there are some schools that only allow some students to register for the test.

Condon said that the 2015 scores were not significantly different from both state and national averages.

The scores from those taking the SAT were not as favorable. Condon said, “The results were significantly lower.” Scores for the Reading portion of the test dropped from 491 in 2014 to 481 in 2015. Similar drops in Math (498 to 475) and Writing (474 to 455) were noted. Both Indiana and National scores remained approximately the same.

Condon said, “This year the SAT will be totally revised.” Some of the revisions will be making the Essay portion optional and leaving a question blank will be scored against a student.

Condon said the revised test will test a knowledge of graphs and charts and students will have to show steps for Math questions.