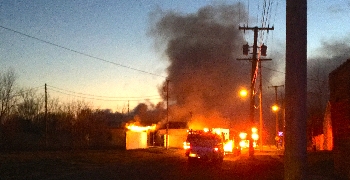 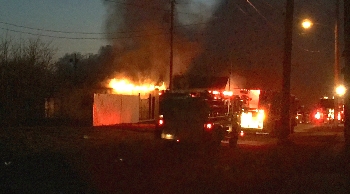 Firefighters arrived on the scene, just a couple of minutes from the initial call because they were at their Wednesday night fire meeting.  The building was fully engulfed with flames through the roof of the structure. 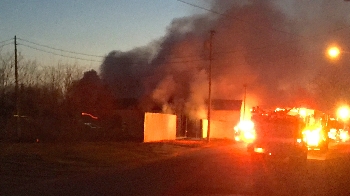 Firefighters battled the blaze and got it under control within a short amount of time. 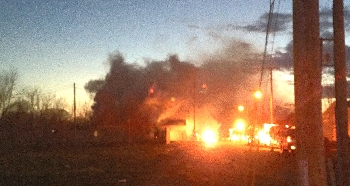 The Plymouth Fire Department was on the scene for approximately two hours and there were no injuries reported.

An investigation will be conducted on Thursday to determine the cause of the blaze.