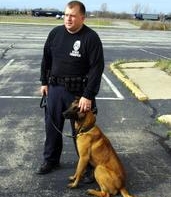 The Indiana State Police Post in Bremen added a new K-9 team to the district.  Senior Trooper David Caswell and his K-9 partner Chase recently graduated from a 14 week academy certifying them through the International Police Work Dog Association (IPWADA).

The K-9 academy graduates were recognized on January 15, 2016 at the Indiana State Police Museum in Indianapolis.  The ceremony added four new K-9 teams to the department bringing the total number of the ISP teams to 40 statewide and 3 at the Bremen Post.

However, the ceremony was bittersweet for Caswell as he and Chase had to wait nearly 3 more months before they could hit the road for their first shift.  Chase was injured during his initial training and had to recover before he could complete his final certifications in patrol and narcotics detection. 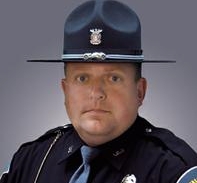