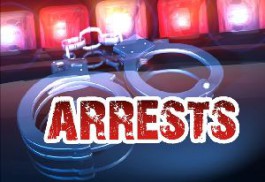 Plymouth Police Officer Shanna Gilmer responded to the probation department and arrested 25 year old Bryan A. Moreno for a Probation Violation.   He was booked into the County Jail on a $500 cash bond.

On Friday evening April 8th Plymouth Police were dispatched to the Skylane Apartments just before 7 for a domestic.  Officer Jeremy Enyart responded and found 31 year old Suyapa Geleano-Matute was involved in the verbal dispute.  During the investigation it was discovered that Geleano-Matute had an active warrant for her arrest through Marshall County.  She was transported to the county jail and held on the warrant for failure to appear with a bond of $174.

Listeners and readers are reminded that charging information supported by an affidavit of probable cause is merely an allegation that a crime has been committed and that there is only probable cause to believe a crime has been committed. They are presumed innocent throughout the proceedings and are entitled to be represented by counsel and entitled to a trial by jury at which the State is obligated to provide proof beyond a reasonable doubt before a judgment of guilt may be made