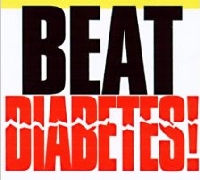 Thursday was the World Health Organization’s World Health Day, and the organization urged people to “Beat Diabetes” in 2016 as part of the annual observance.

Diabetes is a diseases characterized by high levels of blood glucose resulting from defects of insulin production, insulin action or both. Diabetes can lead to serious complications and premature death, but people can take steps to prevent the disease or to control it and lower their risk of complications.

Nearly 10 percent of Indiana residents have been diagnosed with diabetes, while nearly 8 percent have been told they have pre-diabetes, a condition in which blood glucose levels are elevated but not yet high enough to result in a diagnosis of diabetes. According to the Centers for Disease Control and Prevention (CDC), the rate of diagnosed diabetes in Indiana has risen from 4.5 in 1994 to 10.7 in 2014.

Nationally, the CDC estimates that one in three people has pre-diabetes. Ninety percent of those individuals aren’t aware of their status. Many Hoosiers are also unaware they have pre-diabetes because there are no clear symptoms of pre-diabetes. To find out more about pre-diabetes and take the risk test, visithttps://doihaveprediabetes.org.

Diabetes can be controlled and managed to prevent complications. The main goals of the World Health Day 2016 campaign are to increase awareness about the rise in diabetes and to trigger a set of effective and affordable actions to tackle the disease. These steps include preventing diabetes; diagnosing, treating and caring for people with diabetes; and launching the first global report on diabetes, which will describe the burden and the consequences of diabetes and advocate for stronger health systems to ensure improved surveillance, enhanced prevention and more effective management of diabetes.

To learn more about diabetes and prediabetes and ways to prevent them, visithttp://www.in.gov/isdh/24821.htm.

Visit the Indiana State Department of Health at www.StateHealth.in.gov for important health and safety information, or follow us on Twitter at @StateHealthIN and on Facebook at www.facebook.com/isdh1.