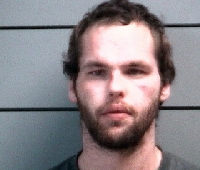 Officer Bryant with the Marshall County Police Department stopped a vehicle on Lincoln Highway near Quince Road on Friday night about 9:45.  During the stop he learned that the driver, 21 year old Randall George Warren of Plymouth was under the influence of a controlled substance.  Officers also located marijuana and a controlled substance in the vehicle.

After failing a certified test, Mr. Warren was transported to the Marshall Cont Jail and held on a $3,000 cash bond. 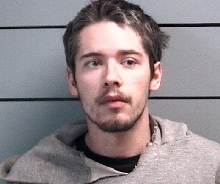 On Sunday morning about 11:45 Officer Bryant stopped a vehicle at the intersection of Oak Drive and Hehr Lane.   The driver, 23 year old Remington Eugene Bender was found to be driving on a suspended license. 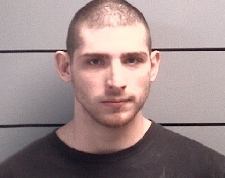 Plymouth K9 Jax was called to the scene and indicated the presence of drugs in the vehicle.  During a search, officers located marijuana and a pipe on the passenger, 23 year old Las Koda Lee Adams of Etna Green.

Both men were taken to the Marshall County Jail.