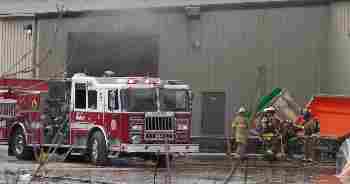 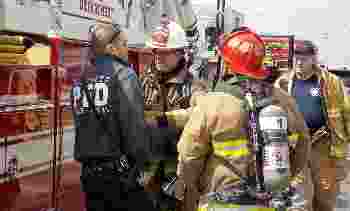 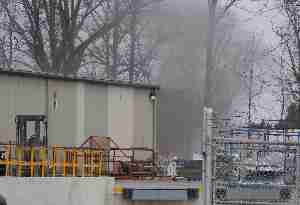 Plymouth Police were first on the scene and confirmed the back portion on the building was on fire with thick black smoke.

Several pieces of apparatus were dispatched to the scene including the snorkel and aerial truck from Bremen. 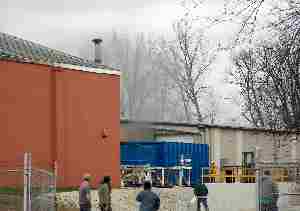 Plymouth Fire Chief Rod Miller said a static charge during the processing for fiberglass triggered a fire at the rear of the building.  The chief said, “The fire suppression system in the manufacturing plant worked with several high pressure sprinkler heads opening and suppressing the fire.”

No injuries were reported and employees were only evacuated from the building for 90 minutes or so.