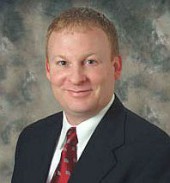 Many issues were debated during this year’s legislative session. Indiana Senator Randy Head said, “Last week, I told you about the successful passage of the bills included in the Senate Republicans’ 2016 legislative agenda.  This week, I have information on some of the other important bills that passed the General Assembly this year.”

Senator Head authored Senate Enrolled Act 80 Fighting the scourge of meth.   This act allows pharmacists to block ephedrine sales if they don’t think the customer has a legitimate medical need for the medicine. SEA 80 works to reduce the number of meth labs in Indiana without requiring law-abiding Hoosiers to get a prescription for ephedrine medicines.

As a way to recruit and retaining great teachers House Enrolled Act 1002 establishes a $7,500-per-year college scholarship for top Hoosier high school graduates who commit to teaching in Indiana for at least five years.

House Enrolled Act 1395 eliminates ISTEP in 2017 and calls for a panel of educators and experts to establish the framework for a shorter, simpler statewide test.

Stopping child abuse was a priority this year and Senate Enrolled Act 357 creates a public registry of convicted child abusers.

Senator Head said, “As always, if you have questions, comments or concerns about these and other bills, you can contact my office by email at Senator.Head@iga.in.gov or by phone at 800-382-9467.”