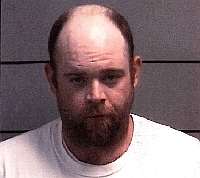 Derek Cole, 32, of Tyner, was sentenced March 17, 2016 in Marshall Superior Court No. 1 to 30 years for child molesting.  Cole will be imprisoned at the Indiana Department of Correction pursuant to a plea agreement reached between Chief Deputy Prosecuting Attorney Tami Napier and defense attorney, Tim Lemon.  Judge Robert O. Bowen sentenced Cole to serve 25 years executed at the Indiana Department of Correction followed by 5 years of sex offender probation.  Cole will be a lifetime registered sex offender.  His sentence for child molesting makes him a credit restricted felon pursuant to Indiana law.

Cole admitted in open court that in 2009 he performed sex acts at a house in Culver on a friend’s daughter in her bedroom.  Cole initially denied the victim’s allegations but later failed a polygraph examination performed by the Indiana State Police.  The case was investigated by Det. Jeff Snyder of the Marshall County Sheriff’s Department.

Prosecuting Attorney Nelson Chipman commended Det. Snyder for his dedicated work and thorough investigation.  “The Marshall County Sheriff’s Department and Detective Jeff Snyder followed up on the victim’s delayed disclosure of the sexual abuse.  This case, like many child molest cases, arise from delayed disclosures by victims and emphasizes that most sex crimes committed against the most innocent victims are perpetrated by people their families know and trust.  It’s an insidious crime with lasting effects.  My office will continue to aggressively prosecute crimes of this nature.  Parents must remain vigilant and report these crimes when their children disclose abuse as these offenses are by their very nature committed under a veil of secrecy.  Child molesters rely on the victims remaining silent, sometimes for years.  It is important for parents and responsible adults to report when a child discloses, even if the accusation may have taken place years earlier.  Trust that trained law enforcement will try its best to get to the truth.”

Cole remains incarcerated in the Marshall County Jail until he is transported to the Indiana Department of Correction.