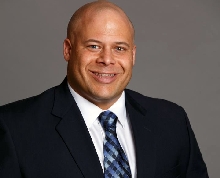 Jesse Bohannon of Bremen, a Republican candidate for State Representative, responded Monday to an ongoing wave of phone calls directed at Marshall and Fulton County voters.

The calls suggest that Bohannon has no history of residency in the district. “My family moved to Marshall County in 1994,” said Bohannon. “I graduated from Bremen High School in 1998. Since then, I have worked, coached, attended church and served in our district for most of the last 21 years.  My voting record on file at the Marshall County Clerk’s office proves that I have lived and voted in State House District 17 for six of the last seven Congressional elections, going back to 1998. Bremen is my home.”

The calls, made by an out-of-state firm, seem like an unbiased poll, but are designed to shift voter opinion against Bohannon in the Republican
primary race to replace Representative Tim Harman, who is not seeking reelection.

“Several friends contacted me last week concerned about the calls they received. The charge is ridiculous and identical to one my opponent’s
campaign made in a mail piece last fall. I am most concerned that some in the Jordan camp are willing not only to attack my character, but to give voters misinformation through deceptive tactics,” said Bohannon. “The people of Fulton and Marshall County can trust that I will always tell them the whole truth as their representative. My campaign will not be distracted by these kinds of negative tactics, and I will remain focused on fixing our roads and fighting for our small schools and towns.” 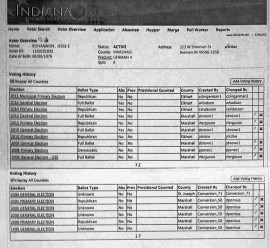