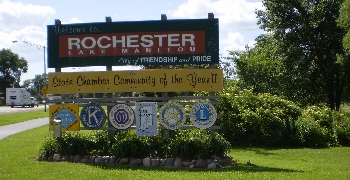 Rochester – Monday night at approximately 9:00 p.m., an illegal narcotics investigation by officers from the CLEAN Team resulted in the arrest of Donald Creviston to face felony charges for manufacturing methamphetamine, possession of methamphetamine, possession of a drug lab, neglect of a dependent (two counts), and maintaining a common nuisance.

The investigation led officers to Creviston’s home at 7045 West Olson Road, rural Rochester. While at the property, officers from the Fulton County Sheriff’s Department and the CLEAN Team observed and smelled indicators that illegal drug manufacturing was occurring on the grounds.

During a subsequent search, officers allegedly found a one pot active methamphetamine lab, methamphetamine, drug paraphernalia, and marijuana. Creviston was incarcerated in the Fulton County Jail. His seven and twelve year old daughters were also at the home. The girls were released into the care of the Fulton County Division of the Indiana Department of Child Services. They were eventually released to their mother.

The CLEAN Team is a task force with 11 law enforcement entities that have dedicated resources to fight narcotics in Fulton and Miami Counties. CLEAN stands for Combined Law Enforcement Against Narcotics.  The main focus of the task force is narcotics enforcement with an emphasis on methamphetamine related crimes.

Law enforcement officers encourage anyone with information about the possession, distribution, or manufacturing of narcotics to call their local law enforcement agency or the Indiana State Police Drug Tip Line at 1-800-453-4756. Information can be reported anonymously.