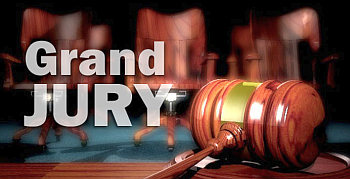 A Grand Jury in Kosciusko County has indicted Sheriff Aaron Rovenstine on 10 counts including bribery, intimidation and assisting a criminal.

Marshall County Prosecutor and Special Prosecutor in the case E. Nelson Chipman Jr. made the announcement at a press conference Monday afternoon at the Marshall County Office Building. The counts involve several alleged improprieties regarding the treatment of two others indicted – Kevin Bronson, and Mark Soto. Rovenstine is accused of accepting a total of $40,000 in bribes in return for allowing Soto to have unrecorded and unsupervised visitations with Bronson for the alleged purpose of “hindering the punishment” of Bronson.

The indictment also alleges that Rovenstine threatened a fellow police officer for intitiating a criminal investigation of the conduct of Bronson while he was incarcerated in the Kosciusko County Jail.

Chipman took no questions at the end of the press conference and court dates have yet to be set.