Senter delivers “State of the City” 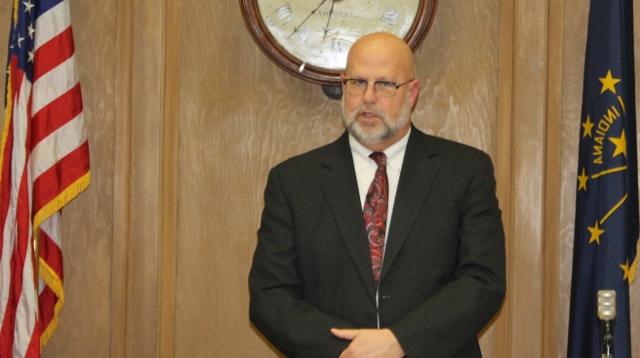 PLYMOUTH – Plymouth Mayor Mark Senter delivered his annual State of the City address at Monday night’s meeting of the Plymouth Common Council and urged residents to “read the signs”.

Senter used the city’s new entryway signs to frame his talk on the highlights of the previous year for Plymouth. Praising city department heads and employees he pointed first to fiscal stability of the city and infrastructure upgrades to the water department, parks and airport as major positives in the past year.

Senter highlighted efforts by Plymouth and the Marshall County Economic Development Corporation to retain jobs and create new ones. He pointed at the Metronet dark fiber network as an example of the “regional concept of development”.

Developing cross cultural relationships was part of the Mayor’s speech – Senter saying that the loss of the Heart and Hands organization had left a need in the city. He said he would seek to put together a committee and having town hall meetings to look at ways to do more for Plymouth’s growing Latino population.